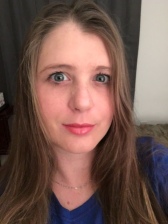 Candace Meredith earned her Bachelor of Science degree in English Creative Writing from Frostburg State University in the spring of 2008. Her works of poetry, photography and fiction have appeared in literary journals Bittersweet, Backbone Mountain Review, Anthology 17, Greensilk Journal, Saltfront and The Broadkill Review.  She currently works as a Freelance Editor for an online publishing company and has earned her Master of Science degree in Integrated Marketing and Communications (IMC) from West Virginia University.

Here is an excerpt from Candace’s New Book Losing You.

Chapter Three – Not My Daughter

Condry researched William McLean on Maryland Judiciary Cases – he inquired into public records on the federal level and came up with nothing. William was clean as a whistle. The court system, Condry thought, must’ve had no evidence of foul play. Condry wasn’t buying his story; he felt deeply that there must be more than a willing jump from a moving vehicle.

Condry opens the break room door at the WCI facility and finds Ed knee deep in papers and his lunch. “Got a mighty sub there,” Condry says.

Ed chuckles, “Meatballs, onions and all the sweet and hot peppers they got.”

“Heavy on the peppers,” Condry says.

“I’ll pass,” Condry says with a wave of his finger, “too bad with indigestion – my gut can’t handle it.”

“This guts made of iron,” says Ed, slapping his palm to his stomach.

“I’ve been meaning to ask you if you’ve heard anything about that William McLean from any of the inmates in here.”

Ed wipes sauce from his lips with his napkin, “No man, I haven’t,” he says, “but why are you asking now?”

“I don’t know,” Condry says, eyeing Ed, “just got a feeling in my stomach.”

“You sure it wasn’t something you ate?” Ed jokes.

“No, man, it’s that same feeling I got when Miranda died,” he explains.

“Maybe your people…you know,” says Condry, “can inquire and tell my people if they know of anything.”

“Who are our people?” says Ed, his lazy left eye squinting earnestly.

“Ask the tier upstairs and they’ll pass it along to get back to me,” Condry explains, peering sternly at Ed.

“No problem man, I’ll see what I can do,” he stands and pushes away from the table, leaving half a sandwich on his plate.

“Looking like time is up already,” Condry glances at the clock.

“I know man,” Ed says, “but I do love the night shift – except its got its problems, too.”

“All the shifts do,” Condry says.

“Just some more than others,” says Ed as he tosses peppers onto his plate, and Condry steps out the door.

Kristi cocks her head to the side, “William,” she says, “what’s your last name?”

Kristi nods, amused by the coincidence and mildly curious.
“The same William McLean who was driving a different car last year,” she says, “the one…”

“Yes,” he interjects, “Marissa’s friend, William. You do know that she worked here, right?”

“No,” stutters Kristi, “I didn’t exactly know that, I mean, my father and I don’t talk a lot – just about normal stuff.”

“Well, he makes an effort to ask about the store I have in Bedford – I sell angels and a hodgepodge of other trinkets.”

“Well, maybe you’d like to tell me more about that hodgepodge sometime,” he says.

“Well, for now we can get out of this parking lot,” he says.

“Well, it’s only eleven on a Friday night…what do you normally do after work?” he asks.

“Planned on heading home,” she yawns, “I just worked a double. Maybe some other time,” Kristi shrugs.

“How about tomorrow night?”

Kristi turns toward the restaurant, “I’ll be getting off at eleven,” she says.

“Great, then I’ll pick you up tomorrow,” he smiles.

The evening brings on a steady pace at The Hub. Kristi rounds the bar wondering why Will isn’t working that evening, but she didn’t think to ask during their conversation outside. 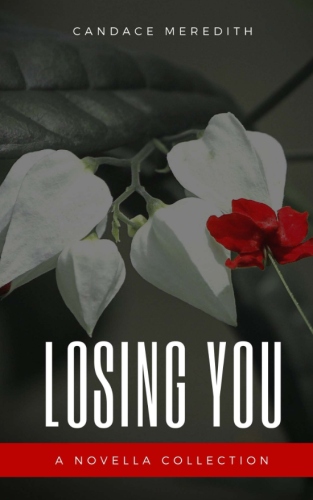 $20.95 Plus Shipping ~ at CTU Publishing Group and Amazon.com