Summers in ” The Heart of Dixie” have always been ill -famed for reaching unprecedented highs, but I swear today’s heat has surpassed itself. The radio broadcaster blasts out a weather report urging people to stay inside and drink lots of water to avoid heat stroke, today’s highest ever temperature recorded for the state of Alabama is  112f in Centreville. Were mid way between Centreville and Chilton County at a town called Randolph, the heat is insufferable, but it’s harvesting season and there’s plenty of work to be done regardless of the temperature. The sky above us is a crystal clear Zaffre, we pass rows and rows of peach orchards, on route to Chilton County, I try to count them, but there’s so many I just can’t keep count, it feels like this old country is boundless. The air is full of the salubrious scent of the freshest and sweetest peaches. I smell that I always abhor. Chilton County is of course noted to grow the best peaches in all of the state of Alabama. My father brings us here every harvesting season to earn such a little amount of money to try keep us going throughout winter, but it never lasts, as my father usually ends up spending all of our hard earned money in Nana Funks, we would then encumberingly have to go beg like paupers to our local Missionary Baptist church for food parcels, while it felt like the whole town looked on in total dismay. I always remembered those stares and murmurs as we passed people with our food parcels, those poor Montgomery boys look dirty and dishevelled, and completely  malnourished, all of the time now, whatever happened to their mother? I would hear . Our old  ford pickup, starts losing some of its traction as we enter Durbin’s land. The Durbin’s have been the major producers of peaches in the state of Alabama for quite some time now, they developed a stellar reputation, for harvesting what some regard as fine produce. Durbin’s land spans hundreds of acres across Chilton country, working for this wealthy family was backbreaking and formidable. Work started at 5am every day and finished depending on whether we reached our quota or not. Sometimes my hands would bleed so badly from the gruelling work, but I was forbidden from stopping work. For the love of god boy, work harder, otherwise stars will fall from the sky, and the antichrist will rise. The earth will crack open and hundreds of thousands of spitting locusts will destroy the crops. The beast with seven heads, the body of a leopard, and the feet of a bear will rise from the sea and be worshiped by all those left behind on Earth including you boy. I worked until, I collapsed on the earth in complete paroxysms. As I lay on the earth, I look up to the sky and ask God why have I been treated so unfairly. I dust myself off and begin my equally gruelling walk back to the ram- shackled cabin that me and my brothers were staying at. Dusk is beginning, it illuminates a hue of bronze and Prussian across the soon to be night sky, that almost resembles people dancing in the sky.  As I get closer to the dilapidated cabin I see my father swinging on the porch swing, spitting tobacco, and drinking his Sailor Jerry from the bottle. Boy, what time do you call this? Where have you been until now? Where you playing with those negro children from the little river, those horrible vile subhuman creatures. No father. Don’t lie to me boy. James Dickson, saw you steal from the plantation too, with those niglets. What in God’s good name have I raised. Poor Mary Lou ran away from home, because of you, she would still be here today if she didn’t have such a nefarious and unholy son. It’s all your fault. If you are the most  dense, slow witted, brainless, imbecile of a child that I have ever seen. Lord why am I cursed. If you know what’s good for you boy, you’ll get over to this porch at once, don’t have me come over to you, and lay you flat out on the dirt. I ran as fast as I could into the dead of night straight into the plantation, my father running behind me, even for a man of his age he could keep up, hot liquid stings my cheeks, my legs quiver and my heart feels like it will explode from palpitations, but if he catches me he will kill me. I have to hide from the antichrist, who is my father, because anyone found with the beast’s mark on them would be thrown into the lake of fire. 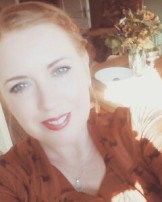 I live in a small town in Balbriggan, Co Dublin. I am currently writing a psychological thriller “The Killer’s Signature”. The novel takes on many different themes, and looks at many different topics throughout to do with, dominant religions within America, with a particular focus on the Bible Belt regions, racial segregation and racially motivated killings. When I am not writing, I teach. I teach at a Youth Reach Transition Centre in Dublin City Centre.