Upon the window’s sill

I saw a ghost walking

of a young woman veiled in grief

with sunset hair and moral eyes –

a scent. I called to her, with

overflowing sympathy, but the grave

was now her bed and the enemy-world

was her heart’s betrayal. I saw her sit

then look to the sky, her tormented forehead

glistening as the rain did on the roof’s old shingles.

She spoke three names softly, and over and over their

sound ripped my skull as if the sun itself had entered

to burn all hard-held secrets out.

I loved her like someone I had long known and understood,

as the rain pushed on. 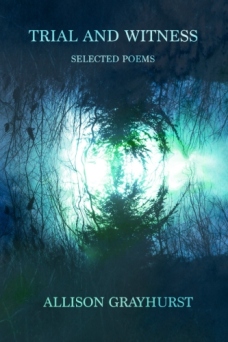 Excerpt from the book “Trial And Witness – Selected Poems”